I enjoy watching professional football games on TV with my husband. I really do.  But I tell you what….I think this game is going to be the death of me! (Well, probably not, but you know what I mean!)

It is so intense!

Every year I tell him how much I hate it, and every year, I come back for more.

Now, baseball on the other hand…I have never said that I hate it.

I might even get disappointed from time-to-time, but it’s just so much easier to watch and enjoy baseball!

There have been many days when I have looked forward to sitting down in the evening, with a good cup of coffee, just to relax and watch the baseball game.

Have I ever had that thought cross my mind when it comes to watching a football game? Have I ever thought, hey, I’m just going to sit down and “relax” and watch the football game this afternoon?

After many years of watching them both…I have concluded, watching pro football is like watching “bases loaded, 2 outs, 3 balls, 2 strikes, last batter up, baseball”… Every. Single. Second of the football game!

There’s no lulling you into the fact that the bases are loaded. There is no calm announcer telling you that there is the possibility that with just one swing of the bat you could have a grand slam on your hands, and that the game is over, and your team lost.

There’s no calm anything in football! It smacks you upside the head (literally) from the very first second of the game!

When they start running after the kick-off, my heart starts racing, and stays that way pretty much throughout the whole, entire game! Oh, sure. We have half-time to re-group, but in some cases, all that does is prolong the inevitable, and make it even more stressful!

I’ve tried hiding my face with a pillow so that I don’t have to see what happens next.

I’ve tried watching through my fingers, as they were spread across my eyes.

I’ve tried every way I can to watch and not watch at the same time, but I just keep coming back for more, and at times, it is just pure agony.

I asked him just that.

He said; “Because that’s what makes this game so great! It’s intense, and exciting. It’s like watching bases loaded, 2 outs, 3 balls, 2 strikes, last batter up, baseball, every single second of the game! It’s fun!”

I don’t know if it’s fun or not. The jury’s still out on that one.  It’s certainly not fun when your team doesn’t win.

But when they do….it’s like watching, “bases loaded, 2 outs, 3 balls, 2 strikes, last batter up, baseball,” … only this time your guy hit the ball for the grand slam! 🙂

I guess that’s what keeps me coming back…to both games.

8 thoughts on “Football vs. Baseball: or The Agony and The Ecstasy” 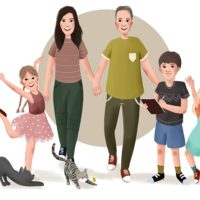 little ponderings with the Big Guy

The camera gave me an incredible freedom. It gave me the ability to parade through the world and look at people and things very, very closely. Carrie Mae Weems