A day in my life is usually very quiet.

But on Saturday, I had the joy of spending it with my husband, my grandson, my daughter and son-in-law.

Because we don’t live close to them, I treasure the moments that we spend together.  The little guy is simply amazing!  Full of laughs, and hugs and eager to explore the world around him!  His mom and dad are pretty cool too!  And of course, his Grandpa is just the best!

So, come join me on this day! It starts off bright and early with one happy little guy! 🙂

And he’s off and running!

Check out all these cool toys!

On the move again!

Riding on his favorite horse

Look mom! A cool new box to hang out in!

A beautiful day for a walk in the park

Pond at the park

Cool things we saw along the way

Snuggle time with Grandpa after the long walk

Bathtime for Harold the cow – he had a long day!

the end of a wonderful day

I’m so thankful for each of these people in my life, and that we were able to share this beautiful day together!

Thank you for spending my day with me! 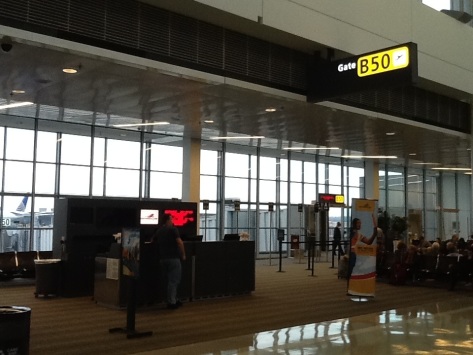 Adventures in travel can often include life lessons.

I would like to think that I would have made a different choice if I were in this same situation….

A crowded plane, with only the middle seats available. A young father with dreads down to the middle of his back and a dirty bandana on his head. Two studs in his bottom lip, a worn out backpack on his back, and a cute little baby in one arm who appears to be about a year old. In his other arm, he holds a sippy cup and a little kids book. He obviously has his hands full, and he also looks a little weary.

He walks up and down the aisle looking for a seat. No one is moving, no one is making eye contact. All that is available are the middle seats. He finally picks a seat. Points to the middle seat, and starts to move in. The lady on the aisle, stand up, rolls her eyes, and waits rather impatiently as the man tries to manipulate his way into the tight space with his baby in his arms.

I’m watching helplessly from a few rows back, stuck in the middle seat myself. Desperately wishing there was something I could do to help him.

Seriously hoping that given the same situation, I would have moved to the middle seat, and let the dad have the aisle seat. 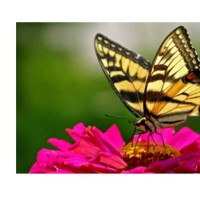